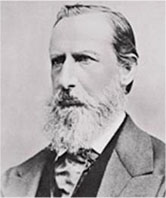 In 1905, after being fierce competitors for many years, the two companies merged to form the Nestlé & Anglo-Swiss Condensed Milk Company. In that same year Nestlé launched its very first chocolate brand.

Nestlé opened its first company in Malta nearly a century ago. This was done by formally establishing the Nestlé Milk Company in Malta’s capital Valletta in 1923. Its local branch has been featured under different names, such as Nestlé Products Ltd (1954), Nestlé Products (Malta) Ltd. (1961) and since 2004 features under the name Nestlé Malta Ltd. Its new offices is now Lija, a more central position in the country, enabling its logistics and sales department to become ever more efficient.

Nestlé Malta has been registering better market share in the majority of its product segments year after year. It has successfully launched a number of new product ranges, including Antica Gelateria del Corso ice-cream, Maggi, Buitoni and Nescafé Dolce Gusto.

Nowadays, Nestlé is located in more than 80 different countries across the globe, selling its products in Africa, Asia, Europe,North- and South-America and Oceania. It’s often referred to as “the multinational among multinationals”. Only about 1.5 percent of its sales are generated in its home country, and all but 10 of its factories are situated abroad.