In 2016, Nestlé, one of Switzerland's iconic brands, celebrated its 150th anniversary.

The story commences with the Anglo-Swiss Condensed Milk Company's Milkmaid brand. In 1866, the Company started providing condensed milk as a substitute to fresh milk. Henri Nestlé, not to be bested, established his own 'farine lactée' and launched it in Vevey, Switzerland. Nestlé's products comprised milk-based baby nutrition and newborn formulas. In 1875, Nestlé supplied Swiss chocolatier Daniel Peter with condensed milk, which he used to blend the first milk chocolate. However, it would be another 20 years before Nestlé would become involved in the chocolate industry. By that time, Nestlé was the proud owner of factories spread across Europe, America, Australia and several warehouses in Singapore, Hong Kong and Bombay.

When Word War I commenced, the company was in difficulty given that the demand for condensed milk rocketed but supplies plummeted. This led to the Company's decision to shift focus to the U.S. and Australia, where new factories were opened. This shift was so successful that production doubled by the end of the war.

This is only the beginning of our rich history and we invite you to explore more than 150 years of history in pictures. 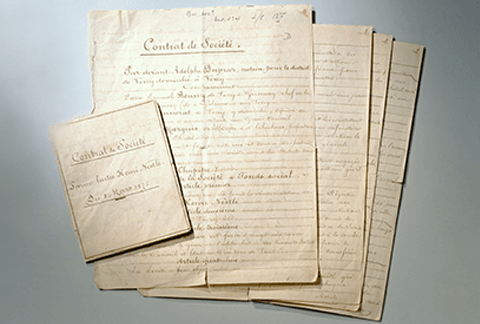