Henri Nestlé – the man behind the international enterprise and one of the strongest and most renown brand names on a global level.

Oils, bone meal fertiliser, vinegar, liqueurs, white lead, mustard, mineral water, lemonade, liquid gas, cement – these were just some of the products being developed and sold by Henri Nestlé (1814–90) in Vevey. The skilled pharmacologist was continuously looking for new sources of revenue with ground-breaking goods for an urban society on the tip of modernism. He worked unremittingly and was not afraid to take risks.

Heinrich Nestle, as he was originally called, was born in Frankfurt am Main, where he went on to train as a pharmacist.

Not much information is available about his activities in the years after completing his traineeship in 1834, but it is supposed that he spent some time working overseas as a journeyman. It is known that five years later he qualified as a pharmacologist's assistant in Lausanne and took up his first position in Vevey as a pharmacist. He later set up his own business in 1843.

Having rapidly learnt French, he altered his name to the language of his adopted home: Heinrich Nestle thus became Henri Nestlé. Nestlé's discovery was a late and unexpected development when he was already 53.  Forever seeking the next big thing, he came across the problems still unanswered in the feeding of babies. Infant death was very high at the time, and it was thought that a healthy, high-grade alternate to breast milk would save innumerable babies' lives. Nestlé studied existing chemical analyses of breast milk and conducted numerous experiments in his lab with milk, bread and sugar. He condensed, vacuum-dried and crushed the various ingredients until he created just the precise formula. His 'children's flour' came on the market in 1867, and kept on growing since then. 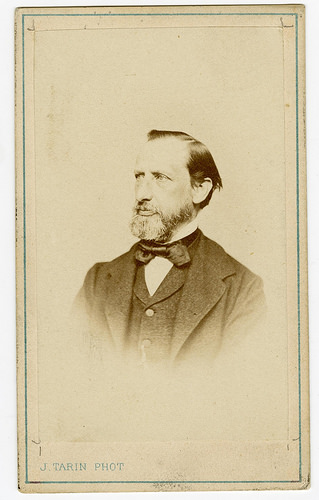